The study is another important step in deploying a fleet of small modular reactors (SMRs) that could help ensure the UK can reach net zero and bolster the country's energy security.

This is the first phase in a programme of work which is considering siting, collaboration opportunities and the socio-economic benefits of deploying Rolls-Royce SMR units on land within the NDA estate - with other locations across the UK also being evaluated.

The work is consistent with NDA’s mission to clean up the UK’s earliest nuclear sites safely, securely and cost-effectively to release them for other uses - with the aim of benefiting local communities and the environment.

It follows the announcement earlier this year from the Department for Business, Energy and Industrial Strategy (BEIS) that the NDA would work alongside interested parties, including Rolls-Royce SMR, to enable engagement on potential future nuclear developments on its sites.

Within the NDA estate, there is land with the potential to host the UK’s next generation of nuclear power stations. The study has identified a range of sites that could host several GW of new, low-carbon power from Rolls-Royce SMRs with four NDA sites prioritised.

Of these, Rolls-Royce SMR has identified four potential land parcels - two are within the control of the NDA (land at Trawsfynydd and land neighbouring the Sellafield site) with two others on NDA land leased to a third party (Wylfa and Oldbury).

Any formal commitment of NDA land, or other support, would require government approval via NDA’s sponsoring department, BEIS.

Rolls-Royce SMR matched the sites against a set of assessment criteria that will enable stations to be operational by the early 2030s, including: existing geotechnical data, adequate grid connection and a site large enough to deploy multiple SMRs.

Each Rolls-Royce SMR would create enough clean energy to power a million homes for 60 years. Deploying a fleet of SMR in the UK would create 40,000 jobs across England and Wales.

Tom Samson, Chief Executive Officer of Rolls-Royce SMR, said: “I am tremendously grateful to David Peattie and the NDA team for their work in helping inform our understanding of the significant opportunity to bring new nuclear power back to nuclear communities across England and Wales.

“Identifying the sites that can host our SMRs is a key step to our efficient deployment – the sooner that work can begin at site, the sooner we can deliver stable, secure supplies of low-carbon nuclear power from SMRs designed and built in the UK.”

“We must maintain this positive momentum and work with the NDA and Government departments, to ensure we capitalise on the range of siting options, focusing on those that maximise benefit to the taxpayer while enabling power to come online as close to 2030 as possible” added Tom.

David Peattie, Chief Executive Officer of the Nuclear Decommissioning Authority, said: “This study is a tangible step forward in our mission to safely decommission our sites and free up land for future use, delivering benefit to local communities and so to the wider economy.

“We’re engaging with several potential partners to explore the use of land in our estate whilst utilising the NDA’s nuclear sector expertise to support the delivery of the UK Government’s energy security strategy.”

Minister of State for Climate, Graham Stuart, said: “This work to identify potential sites for the first generation of small modular reactors is a positive step. These places not only have a strong historical connection with the industry, but also communities with the skills to benefit from the well-paid jobs that could be created.

“SMRs could make an important contribution to our ambition to deploy up to 24GW of nuclear capacity by 2050, lowering energy costs for consumers, and helping us meet net zero.”

The UK has a range of siting options for new nuclear infrastructure and the flexibility and smaller footprint of the Rolls-Royce SMR mean that maximum benefit can be derived for the taxpayer by building on sites that are owned by the NDA.

Rolls-Royce SMR will draw upon standard nuclear energy technology that has been used in 400 reactors around the world.

The Rolls-Royce SMR power station will have the capacity to generate 470MW of low carbon energy, equivalent to more than 150 onshore wind turbines and enough to power a million homes. It will provide consistent baseload generation for at least 60 years, helping to support the roll out of renewable generation and overcome intermittency issues.

NDA OLD.jpg: Oldbury Site, owned by the Nuclear Decommissioning Authority. One of four sites with the potential to deploy multiple Rolls-Royce SMR units. 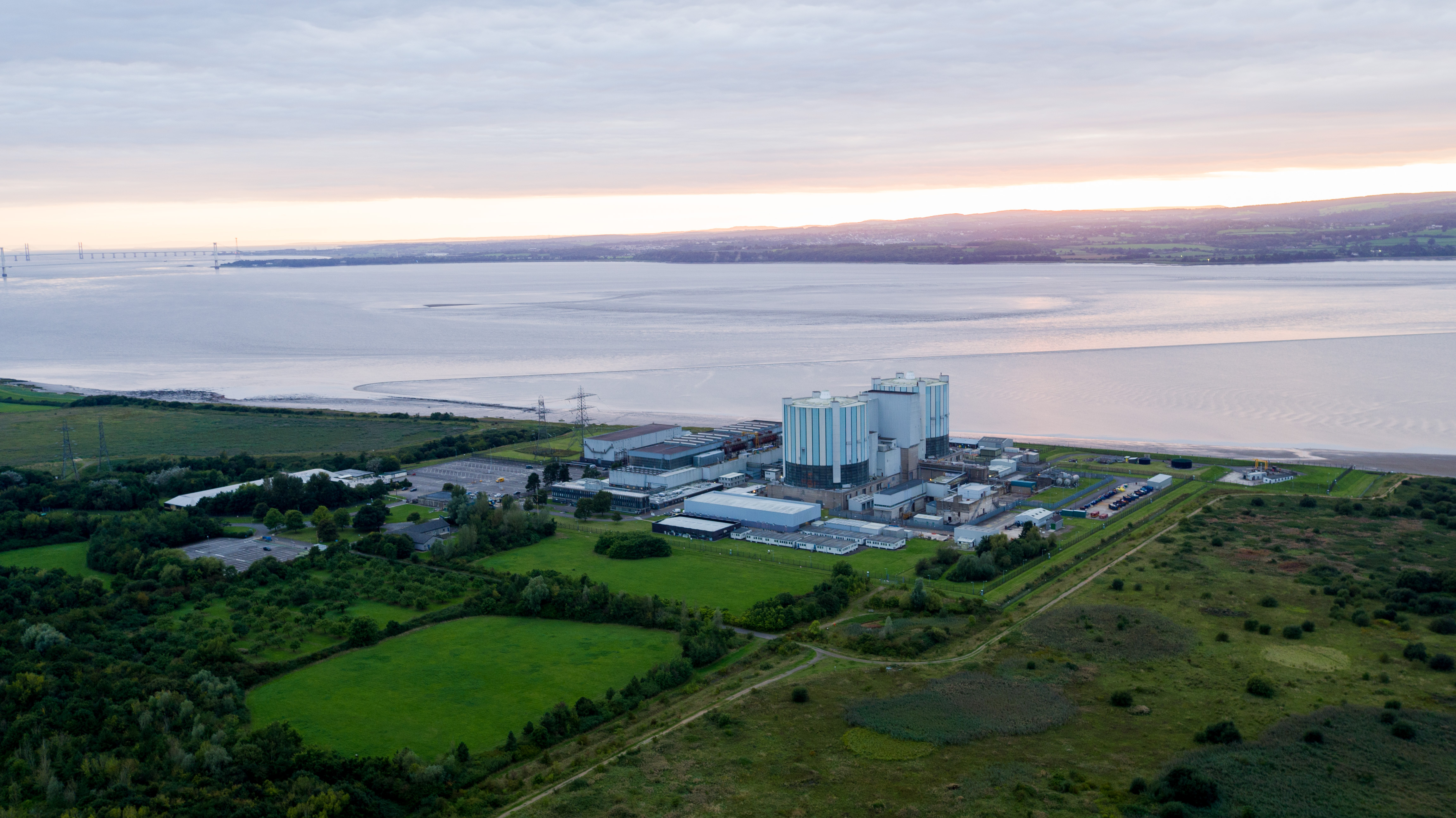 NDA TRA.jpg: Trawsfynydd Site, owned by the Nuclear Decommissioning Authority. One of four sites with the potential to deploy multiple Rolls-Royce SMR units.